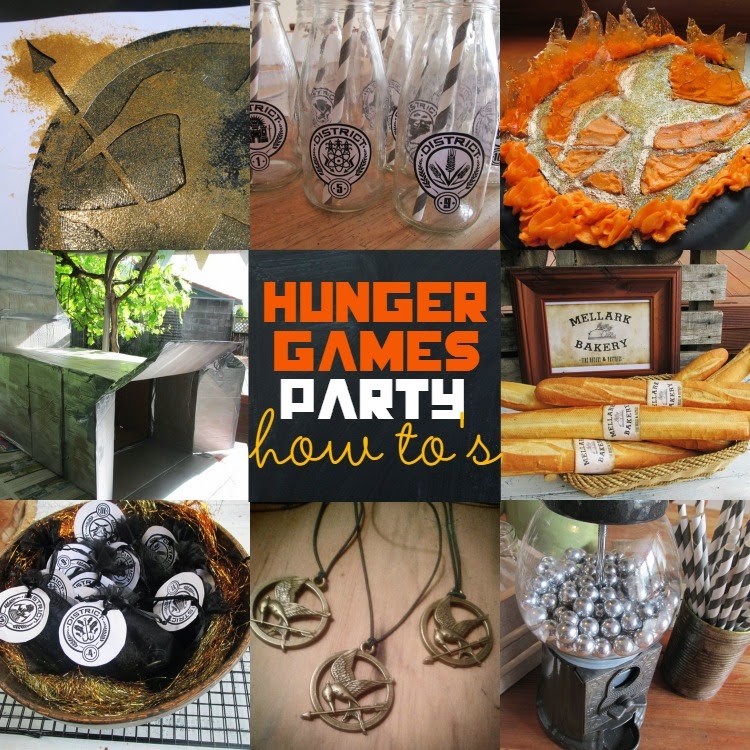 Here is the post you've all been waiting for - the answer to "how did you do that Hunger Games Party?" and "How can I do that myself???"

For those of you planning to host one yourself, here are my ideas, tips and printables (the post on How NOT to Kill a Mockingjay Cake will come later in a separate post. Haha). 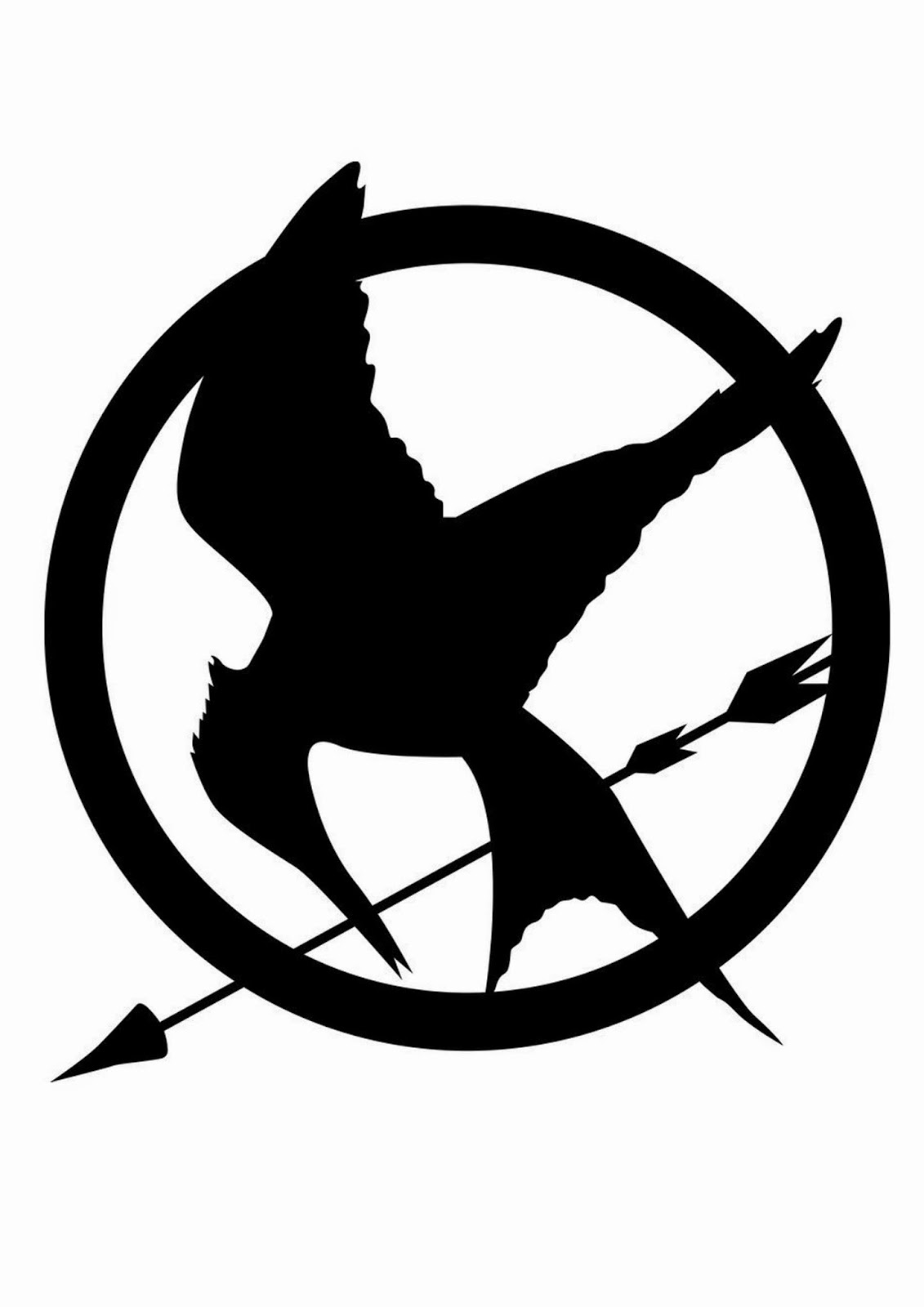 To turn the printed image into a stencil, use a craft knife to cut away the unneeded portions as follows. 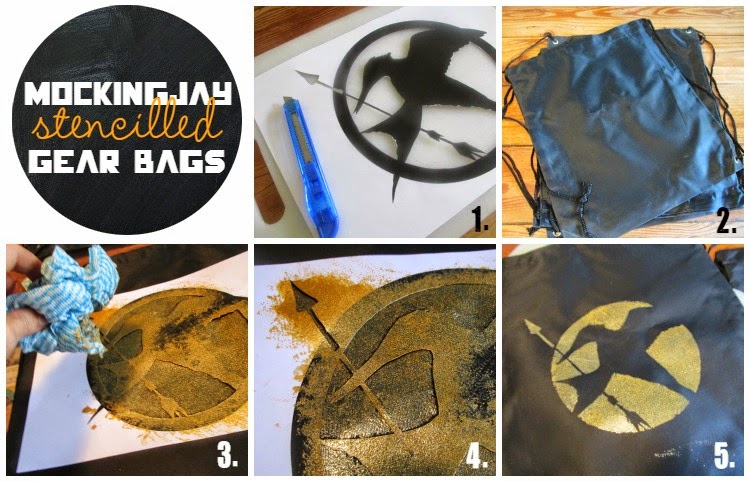 MOCKINGJAY WALL DECOR
Cut out another stencil this time cutting the black symbol out completely. Hold the symbol stencil in place (on wall, backdrop, sacking - wherever you want the symbol) and dip another clean cloth into leftover house paint (or poster paint) and dab the colour on and around the symbol as shown. 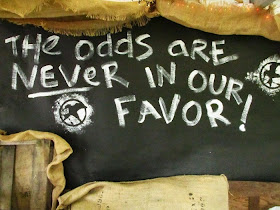 Creating "The Hob" in our backyard
"The Hob" is the Black Market in District 12; Katniss finds her Mockingjay pin and sells the game she shoots here. I chose to create our version of the Hob in our backyard's covered outdoor area, which enabled me to use and re-use old found objects and rusty broken things from around the place, resulting in next-to-no-cost party decor... 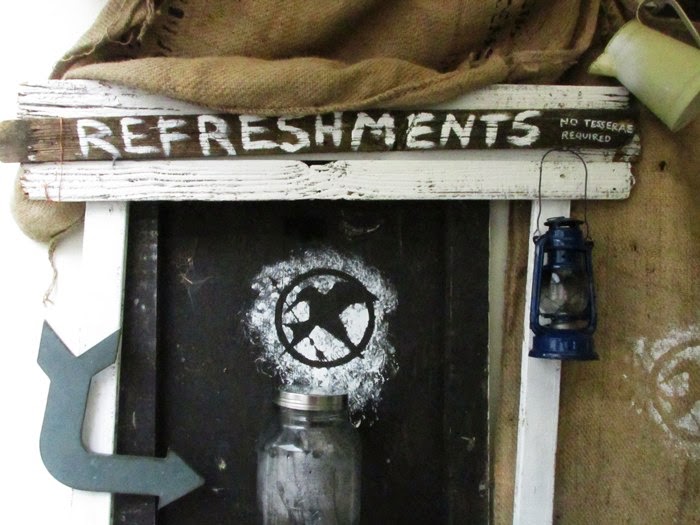 Decor Printables
To set the scene in our "Hob"* I created some simple printables which you can also take and use. 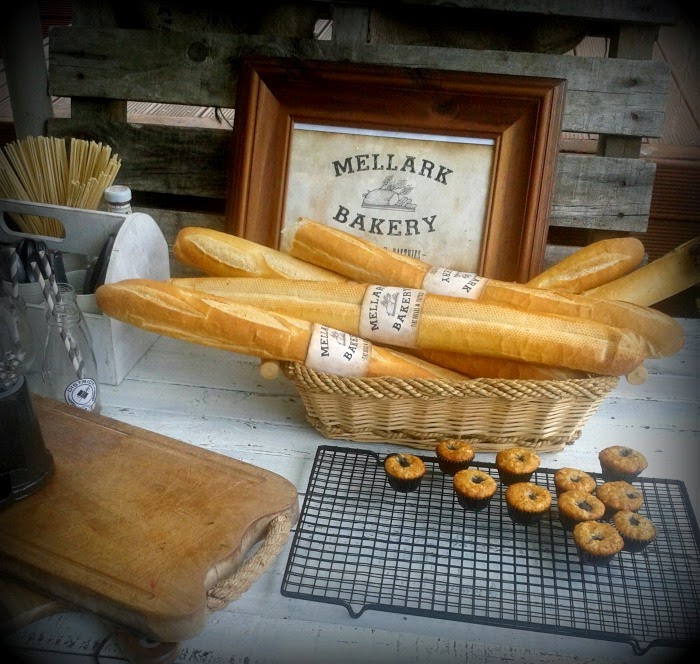 "MELLARK BAKERY" SIGN AND BREAD WRAPS
Click on the image, then right-click, save to your computer and print in colour. (They are all set up to print on an A4 page). I put the sign in a chunky wooden frame I had, and trimmed the bread wraps and wrapped them around baguettes (which we ate with sausages grilled over the fire). 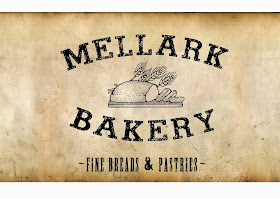 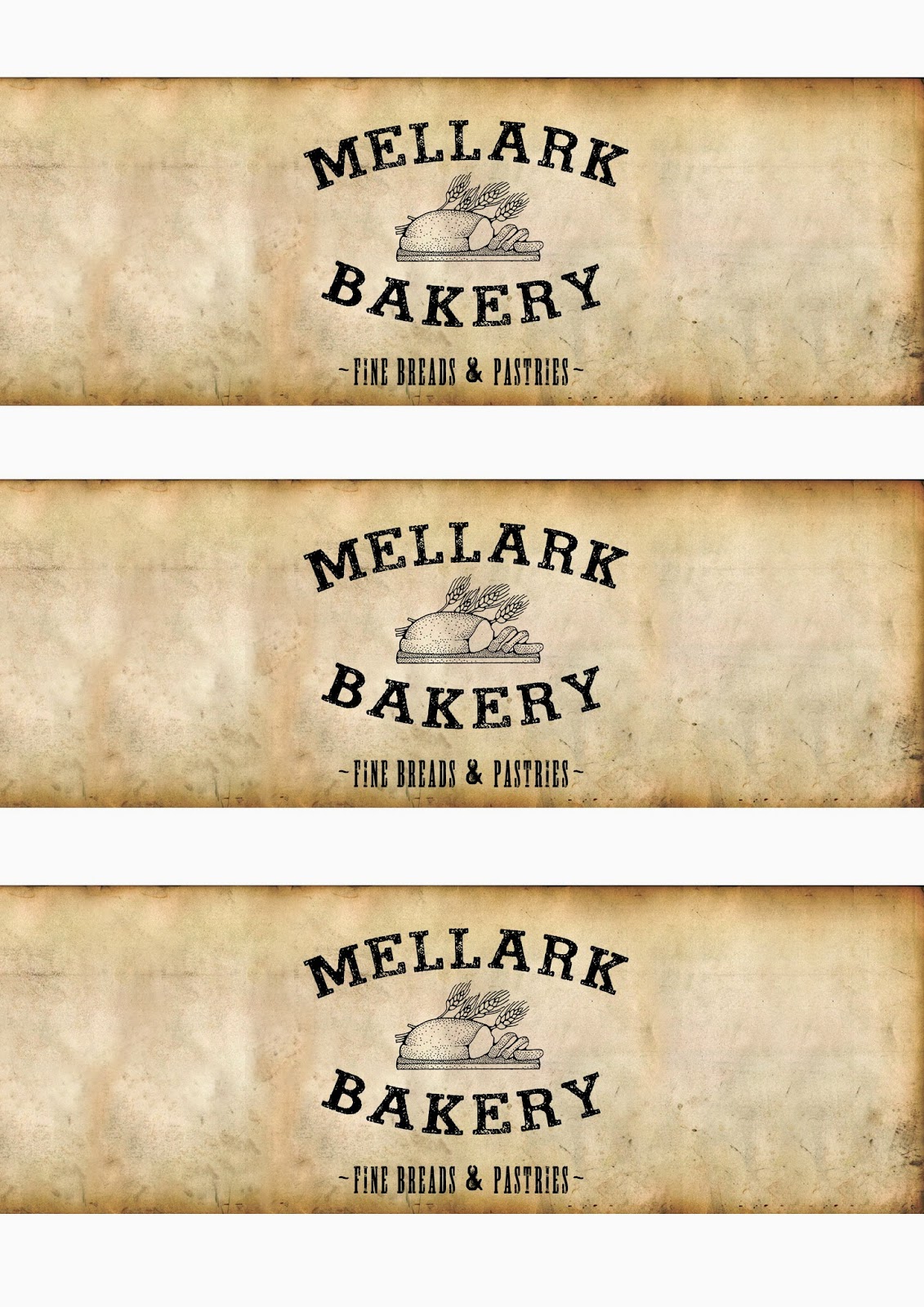 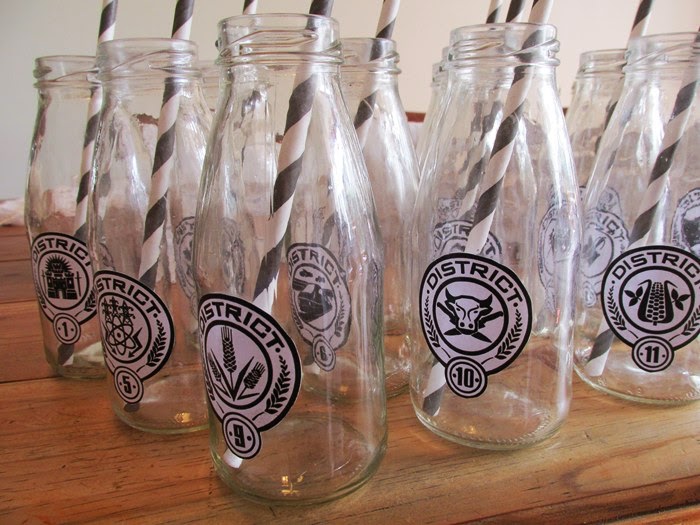 DISTRICT SYMBOLS LABELS for drink bottles
I printed and cut these symbols out and then glued them onto my glass mini milk bottles, so each person could keep track of their drink. (Each person was assigned a district in a "Reaping"). The labels peeled right off afterwards. 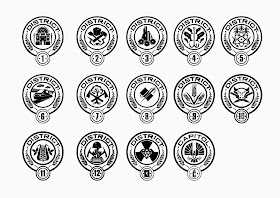 (right click on the image, print and then carefully trim
each label then attach to bottles with a glue stick)

They were also cute as favour tags on the black mesh gift bags, each containing a Mockingjay pendant...

OTHER DECOR:
I used coffee sacks & hessian, building paper (backdrop), rusty cans, along with old pallets, tree stumps and anything old and rusty I could find to create our "Hob".... 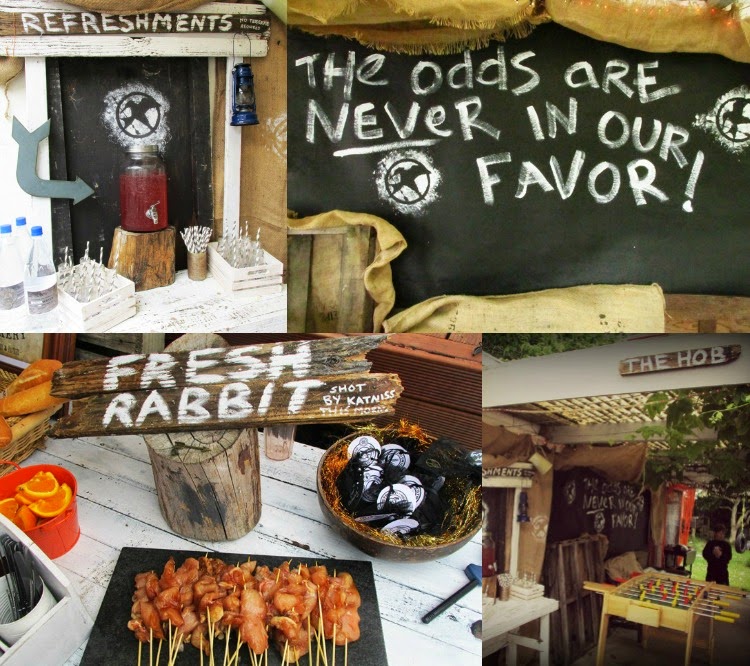 The "Fresh Rabbit (shot by Katniss this morning)", "Refreshments (no tesserae required)" and "The Hob" signs were made from crusty old decking, lettered roughly with leftover white house paint. Cost = Zip. 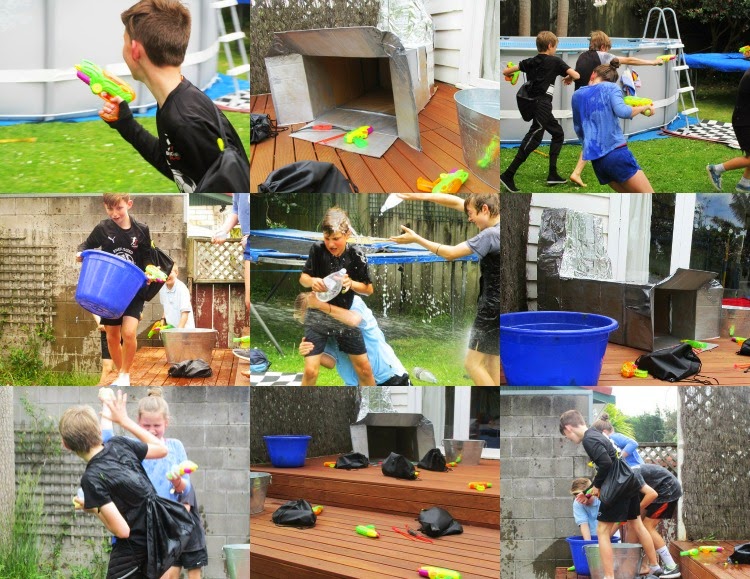 Activities:
We had one main activity planned for this party: an epic "Hunger Games" water battle, complete with our own "Reaping" to assign districts, and a cardboard Cornucopia.

DISTRICT REAPING SLIPS:
For the "Reaping" each guest's name was written inside a District slip ahead of time, then drawn out and announced. Each guest then received their "life" wristband with a metal-stamped "district" tag attached. The black bands were found in packs of 12 at a dollar store; the metal tags were from Mister Minit in St Lukes, where the guys there did me a great deal and supplied the tags complete with the thingy to attach them. I stamped the district on using my metal stamping set and a hammer.

You can print out your own District Reaping tags here... (right click, save, print etc) 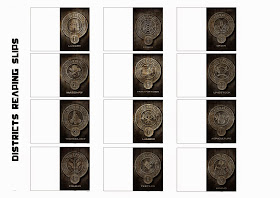 CARDBOARD BOX CORNUCOPIA
In true HG style had the various "weapons" & "survival supplies" (water guns, water bombs etc) were spilling out from the cornucopia, ready for the cannon to sound signalling the start of the Games.

Here's how to make your own cardboard box Cornucopia... 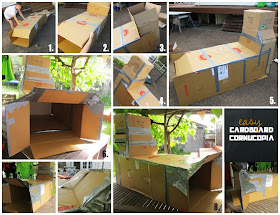 ... then paint the whole thing silver using your testpots... 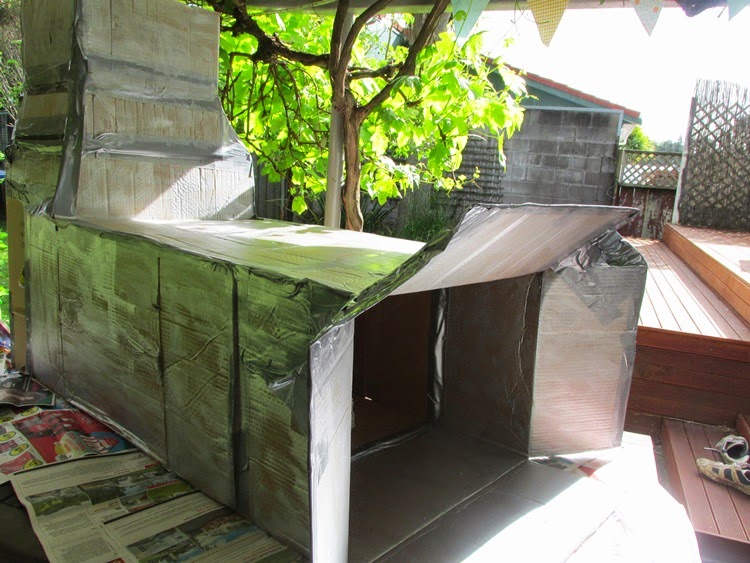 It's certainly not picture perfect, but it does the job and gets across the idea of a cornucopia to incorporate into you backyard Hunger Games without costing heaps of money, taking heaps of time or causing heaps of stress. Which is all you really want aye?

Hunger Games Party Menu:
We kept the menu really simple for this party, and ate the food in two parts.

After everyone arrived and had time to hang out, we did the Reaping  - which allocated Districts (and drink bottles) to each guest - and then ate Flaming Coal Cupcakes, Nightlock Berry Bites, orange slices (chosen simply for their colour) and of course some chips; we drank  sugar-free-but-delicious Nightlock Punch (in those cute District drink bottles) and "Capitol" Water... 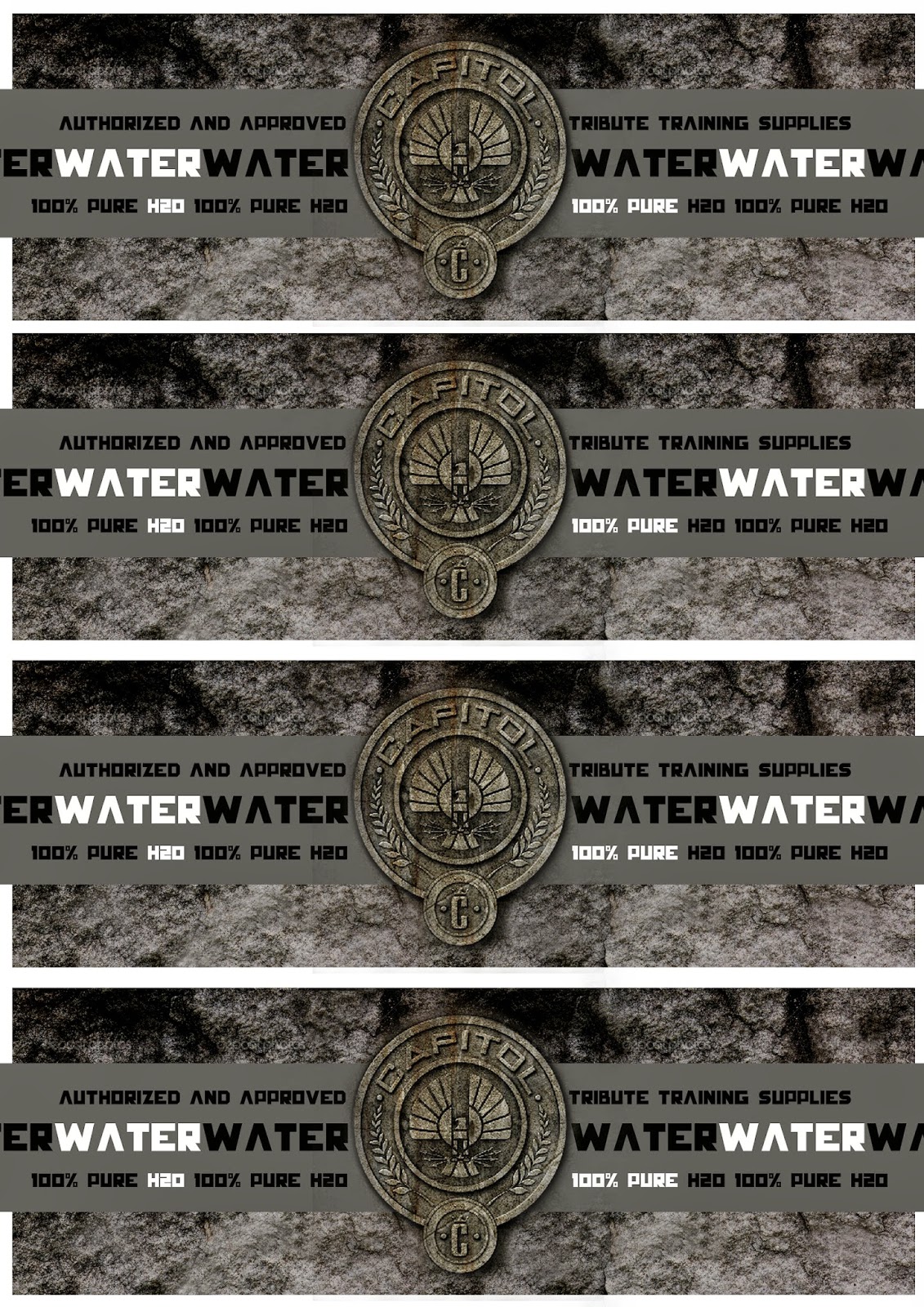 <------ FREE PRINTABLE Water Bottle Labels.
Right Click to save to your computer, then print and attach to water bottles with their labels removed, using a glue stick. 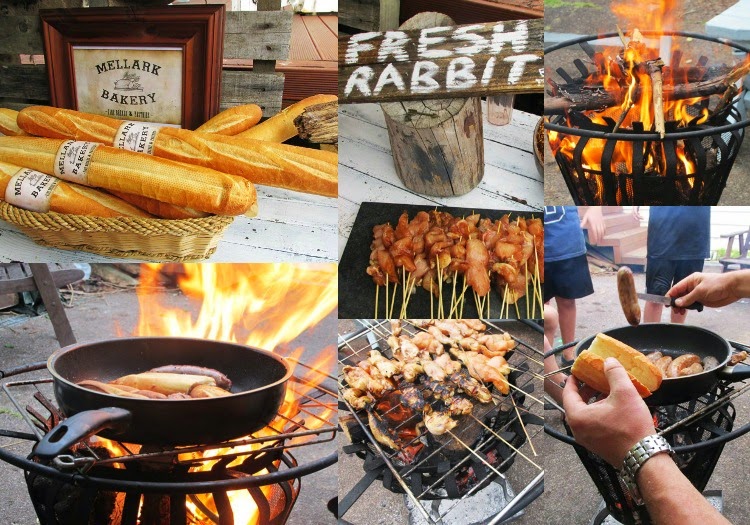 FOOD PART 2: Hot food around the fire (after everyone got wet & could do with some warming up)


While the kids were still biffing water at each other and splashing in the pool we lit a fire in the brazier and brought out the "fresh rabbit" skewers and some pure beef sausages from our favourite butcher to sizzle over the brazier.

The rabbit skewers were actually strips of chicken, marinated in honey and soy sauce (soooo tender and delicious cooked over the fire).

The sausages were served in cut-up baguettes from "Mellark Bakery" (where else?).
They went down pretty well! 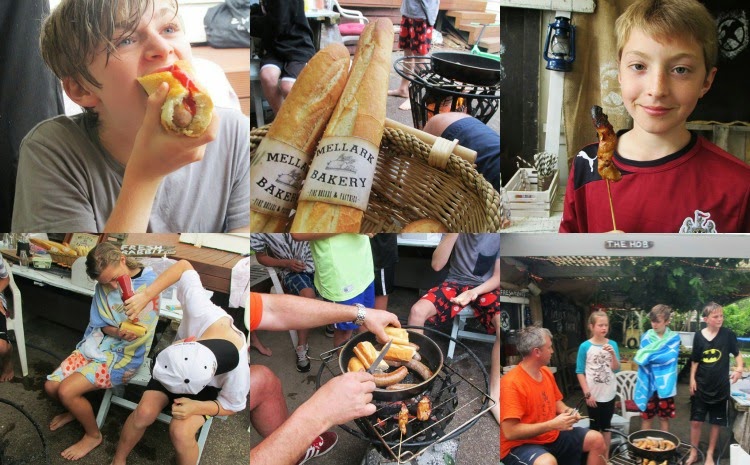 Then we ate birthday cake for dessert... 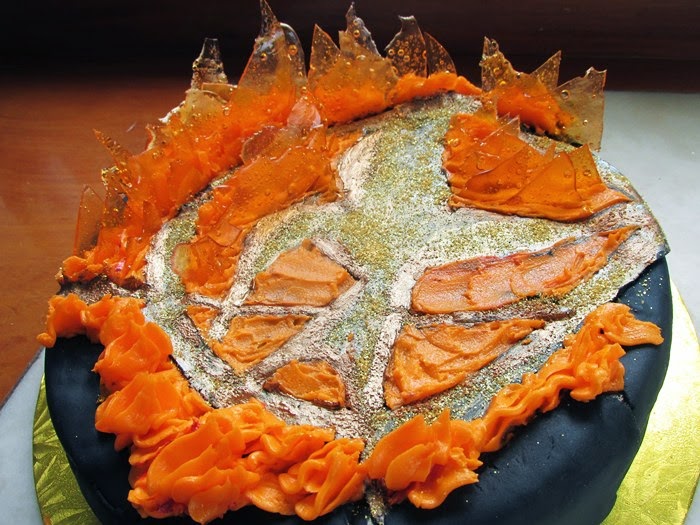